Before building a cross-platform mobile application, the first question that comes to mind is which mobile app development framework will be the best?
Which development kit is faster than the other?
Your answer is simple: GOOGLE FLUTTER!

Flutter has come to redefine the way professional development teams, individual developers, small businesses, start-ups work around building a native application across mobile, web, and desktop from a single codebase.

According to a recent survey, Flutter is the most preferred choice for developing cross-platform applications and enjoys a market share of 42 percent.

According to Google, more than half a million developers use Flutter each month.

What makes Flutter so popular?

1. Flutter developers enjoy the benefit of a single code-base since they can write the code once and it will work seamlessly in both Android and iOS. This reduces the development time and cost.

2. Flutter is not only open-source but also developed by Google. Flutter has a huge community presence and it is easy to get answers to your problems which aids in fast development.

3. Flutter uses Dart programming language which has got many added benefits and is easy to learn and understand.

4. One of the biggest USP of Flutter is the hot reload feature which enables both the developers and designers to see the changes instantly as and when they are made.

As mentioned earlier, one of the key advantages of Flutter is the Hot Reload feature which enables developers and designers to experience the changes immediately. This helps in faster development. Unlike React Native, Flutter supports widget-based UI design and hence offers rapid development of cross-platform apps. 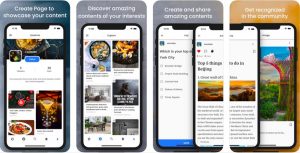 2. Instant run and support from Google

Pairing, a social matchmaking app was entirely developed in Flutter. According to its co-founder Rabinovici, the Instant Run feature was one of the key reasons why they opted for Flutter and how it improved their app development process.

Another added benefit that he quotes is the support from Google and readymade SDKs of various other Google products like Firebase, etc.

According to the co-founders of in10, an event app, the primary reason why they chose Flutter over React Native is the single code base. They can write code once and the same works like a charm in both Android and iOS which increased their app development speed by 50%. At first, they thought that the complex parts of the app have to be developed in the native language since they might have implementation risks. One of the main functionalities of their app, ETA was completely developed in Flutter which was originally planned to be developed in the native language.

Ishaan Bahal is the co-founder of Meeve app that allows users to connect with nearby people. He says that developing their app using Flutter is a breeze. Since Flutter uses the same code base for both Android and iOS it helped them to reduce their development time and cost by half.

PostMuse, an Instagram photo editing app was developed in a short period of time by a single developer using Flutter. They shifted from using Kotlin to Flutter to avoid slow reloads and long compiling times. He recommends that one should look at the enormous number of readily available third-party widgets in Dart Pub. These ready-to-use widgets can be easily integrated into your Flutter development process and can be customized according to the requirements.

Unlike React Native, Flutter offers a wide array of built-in animations which app designers can use in their app effortlessly. According to Victor Bonnet, the creator of the Top Goals football app, he loved learning and developing in Flutter. He was surprised at the level of performance provided by Flutter and the animations which was a necessity for their football app.

According to many developers, one of the main advantages of Flutter is the unmatched performance and speed of the apps in both Android and iOS.

According to a well-known Flutter expert David DeRemer, Flutter is the first and only cross-platform framework that matches the performance of native apps. The same view is echoed by other popular app developers like KlasterMe, Watermaniac, Topline, etc. 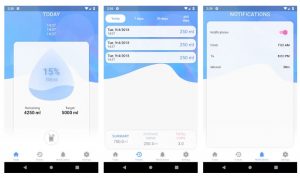 Flutter uses Dart language and it compiles into native code easily. This is why Flutter apps offer superior performance compared to other cross-platform frameworks.

According to Ardiansyah Putra, the developer of the Crptomaniac Pro app, Flutter offers the best in class security among cross-platform toolkits since it compiles into native code.

One of the key factors of Flutter is that it uses Dart programming language compared to others that primarily rely on Javascript or Typescript. Debugging in Dart is much easier compared to React native and also it offers superior performance and speed. The developers at Station La Moins Chère app choose Flutter for their development mainly due to Dart.

The possibilities are practically endless with Flutter. Developing apps using Flutter can benefit your business, as demonstrated not only by us but also by some of the market’s largest players. In our view, Flutter is a particularly feasible choice in the following circumstances.

If you are planning to develop mobile apps and yet to give Flutter a try, I highly recommend you do as I’m sure you’ll fall in love with it as well.

From the start, It gives you complete control over any pixel on the device, including a complete collection of widgets that offer pixel-perfect interactions on both iOS and Android.

How ERP Can Improve Supply Chain Management and Increase ROI